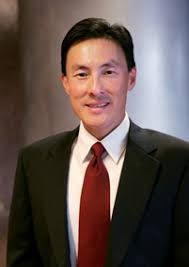 Representing the state of Virginia & VP of AASuccess Inc.

Mark L. Keam is an independent business consultant with three decades of leadership experience in both the private and public sectors. On the commercial side, Mark has managed three startup businesses, including an international trading firm in the Asia-Pacific market. He has also been an executive with a Fortune 15 technology firm, specializing in policy and regulatory affairs in its legal department. Most recently, he served as interim President and CEO of Asian/Pacific Islander American Chamber of Commerce & Entrepreneurship, which is a national network of Asian American entrepreneurs, corporate executives and local/regional chambers of commerce. Mark has served as an attorney in the executive and legislative branches of national and local government, and is currently a state Delegate serving the 35th District of Virginia.
Active in the community, Mark has helped start and serve on the boards of several nonprofit organizations that focus on his passions, such as civic engagement, immigration, and youth leadership development. Mark received a political science degree from the University of California at Irvine and a law degree from U.C. Hastings College of the Law.